The three of us are pretty lucky. Even though it rained some and my husband had to work on Saturday night, we had a darn good weekend. Hopefully, some of it will stick with me for awhile.

On Saturday, when the Little Guy and I were home on our own. We read a ton of his books and he started playing with the TV remote. He loves to press the buttons. He turned on the TV and was completely taken with the episode of The Lawrence Welk Show that was in progress on PBS. There was a couple dancing. He stopped in his tracks and just stared at them. When it finished he clapped and was thrilled that the next number was a song. Eventually he climbed up into my lap and we watched the rest of the episode, originally taped in 1967.

It filled my heart to watch him so throughly enjoy something I remember feeling the same way about as a child. He sang along (in is own way), wiggled to the music, and laughed at a number about What’s News at the Zoo, with four people dressed in lion, tiger, elephant and skunk costumes. He thought it was hilarious. I couldn’t help but think about what my grandparents would have said if they had been here to tell. Maybe we’ll watch next week, too.

Today was even better, if you can believe it. This afternoon, after a day of doing chores, reading board books, playing with blocks and his new toy drum and flutes (thanks again, Marylin), the three of us walked to the grocery store, which Google Maps says is exactly one mile from home. I pushed the Little Guy in the stroller and we walked as a strong, steady pace. Not fast, but purposeful. My husband was able to focus on his pronation (he’s still having trouble with is foot, but we are hopeful that the root cause, not just symptoms, will be resolved soon). The Little Guy practiced the difference between cars and trucks as he saw them whiz past, and I got to feel good about pushing the stroller on a walk that actually felt good. 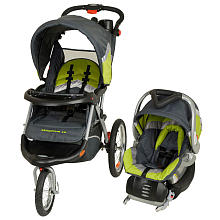 Today’s walk was a welcome contrast to a trip to the farmers’ market earlier this month. We had a great conversation and an all around good time. No stress, no pain and no tension, raised voices or tears. It was awesome. It was like before — that’s something I’ve started to say more and more. We got to the store, got what we needed and trekked back home like it was no big deal. That makes it a pretty big deal for me.

I’m not going to sugar coat, when we got home I didn’t want to carry the laundry baskets upstairs, or squat to put the Little Guys toys away. But I physically could do it and did. Right now I feel pretty good. No need for the heating pad or anything. The strangest thing is when I work my symphysis joint a lot like I did today I get this sensation as though it is itching from under my skin. Like the scar tissue itself is itchy. Sometimes, if I push it too much, that evolves into a burning sensation that is a much milder version of what I felt prior to surgery. Other times, like today, it just makes me crazy like a mosquito bit me down there and I can’t scratch it. Usually, once I rest it goes away. Now that the Little Guy is in bed, the house is picked up and I’m sitting down writing this, it has stopped and I feel pretty good. My husband iced his foot for about 20 minutes, but says he feels fine now. We’re on our way.

Yep, we’re lucky. We had a great weekend and we’ve got a short week at work because my mother-in-law, sister-in-law and niece are coming for a visit Thursday night through Saturday. It’s wonderful to have something to look forward to. And I don’t have anxious feelings about whether I’ll be able to do everything we’re hoping to do. I’m confident I will. That’s new for me, but this weekend really helped.

How was your weekend?